In early October, yet another science report was released by the World’s leading climate body, the IPCC, confirming that climate change is well underway, and that under current estimates warming will reach 1.5 degrees in the next few decades.

An increase of 1.5 degrees Celsius will make the climate much more unstable; bigger storms and cyclones, harsher droughts and heat waves.

However, 2.0 degrees hotter is much, much worse and would cause very serious social, economic, and environmental problems. Destruction of coral reefs, rising sea levels, collapsing food supplies are all real and happening now. 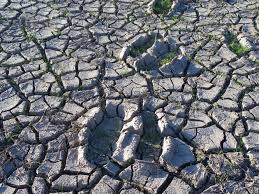 Limiting warming to 1.5 degrees would require a complete reduction of greenhouse gasses to zero by 2050 or sooner.

This requires fundamental change to energy, agriculture, transport systems and pretty much everything that humans do – and on a global scale. A few solar panels and wind farms is only a start.

But we all know this – scientists have been telling us with increasing alarm for decades that the planet is getting cooked – and we, its inhabitants, are facing a very uncertain and unstable future. The IPCC report is optimistic that governments across the world will see the light and quickly move to phase out fossil fuels and start planning to adapt to the uncertain future.

Unfortunately, this optimism seems misguided. The Paris Climate Agreement signed in 2016 will not limit global warming to 1.5 degrees – actually it will do very little because the commitments are too weak and the United States has run away.

Most governments and industry either don’t care or far worse are staging a huge deception campaign to undermine climate science, and any real efforts to limit greenhouse emissions.

The public has been duped by the likes of the coal and oil industry, by their slick marketing companies, and by dodgy scientists and lobby groups funded by these interests. For example, Tony Abbott and his colleagues have happily pushed the coal industry’s agenda, undermining energy reform and dumping real climate action.

These people and the industries they support are a minority, holding humanity to ransom for their own political or financial gain. Let’s stop being hoodwinked by big industry and demand immediate and far reaching action to reduce greenhouse emissions to zero.