A innovative new way to protect and preserve the environment is to bestow legal personality to significant ecosystems.

The most common example of an entity other than a natural person having legal personality is that of a corporation. Corporations are allowed to enforce their legal rights in court, in their own name, through representatives acting on their behalf.

The notion of giving the environment rights is developing in various ways across the world. In 2007-2008 Ecuador rewrote its Constitution to include the rights of nature to ‘exist, persist, maintain itself and regenerate’, as well as to be restored where it is damaged. In 2010 Bolivia passed a law recognising the rights of Mother Earth. Meanwhile in the USA, over 100 local municipalities have implemented local laws recognising the inalienable rights of residents, natural communities and ecosystems and banning corporations from engaging in particular activities that violate these rights. In New Zealand the Government has signed an agreement to give the Whanganui River and all its tributaries legal personality and on 27 July 2014 they bestowed legal personality on Te Urewera National Park giving it ‘all the rights, powers, duties, and liabilities of a legal person’.

Australia now has to opportunity to build on the rights that have been granted to the environment in other countries. So far in Australia there have as yet been no instances of natural ecosystems being granted legal personality.

The Environmental Defenders Office has suggested that Australia might consider granting outstanding ecosystems such as the Great Barrier Reef the right to exist and flourish, as well as the right to restoration. Just as corporations are represented by Directors, the EDO suggests that significant ecosystems could be represented by a board of trustees, legally required to preserve the integrity of the ecosystems and to act in its best interests.

For more information on the processes and reasons for obtaining legal personality for the Reef see the website athttp://www.edonq.org.au/Campaign.html 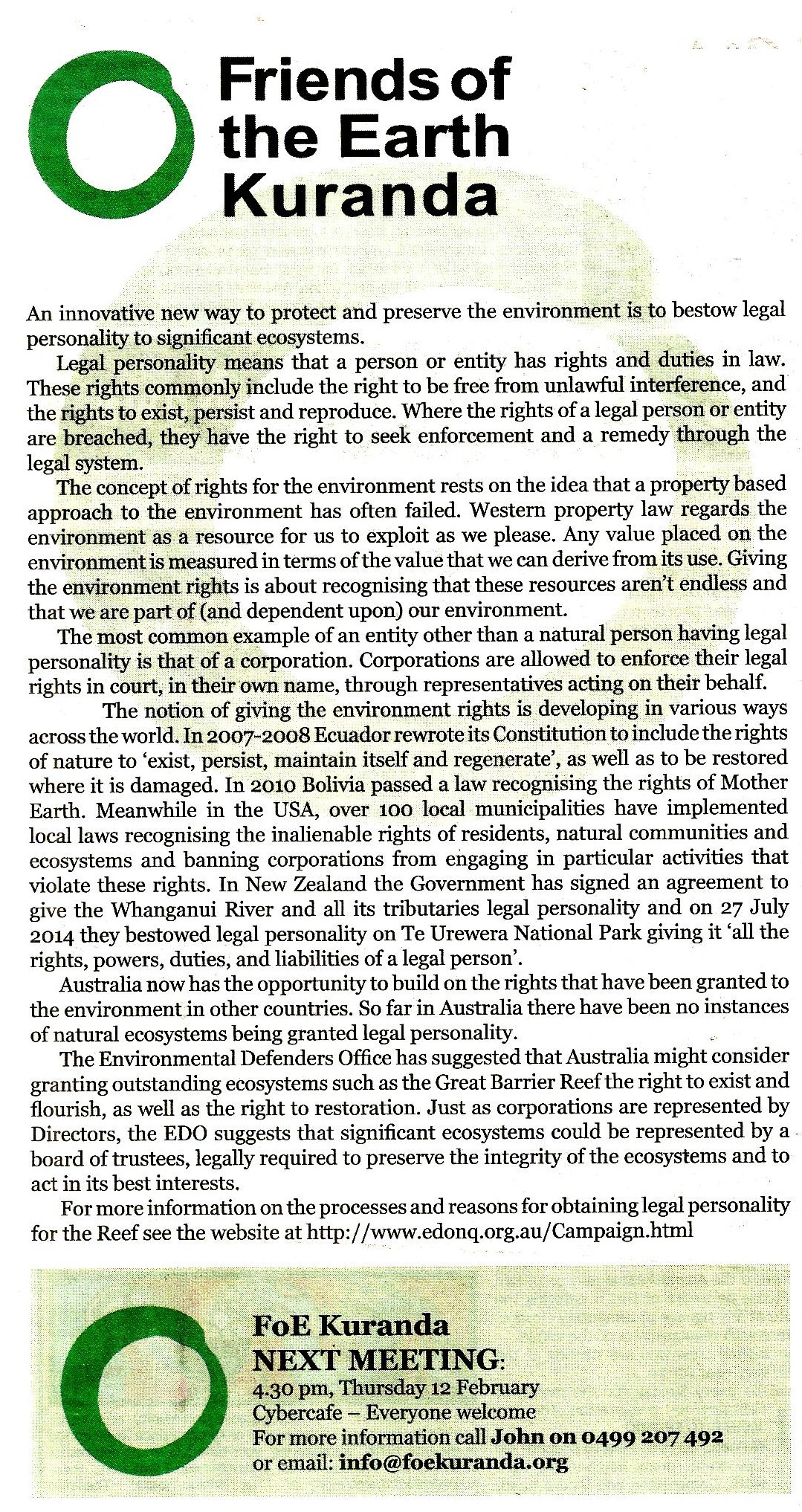