At the July 2017 council meeting, it took just nine minutes for council to pass more than four motions, two of which allowed assessment of high density, rural residential developments in an environmentally fragile area (Myola Valley, Kuranda) under the old, 2004- and now superseded planning scheme.

The high density. rural residential development applications are for the Kuranda vets' land (subdivision into approximately 48 blocks of around 2 acres in size) and the Barnwell road property (site of the ambitious and possibly fictional KUR-World project) of 176 blocks also of around 2 acres each.

These subdivisions would not be deemed appropriate according to the Mareeba Shire Council 2016 plan, the FNQ2031 plan and the State Planning mapping (Matters of Environmental significance). Hence this extraordinary tactic of trying to have the developments assessed under the old plan, which was rejected a decade ago by the Kuranda community and eventually by the State Government.

There have been numerous Cassowary sightings reported to conservation groups across the Myola area over the past years, which indicates it is Cassowary habitat. The valley is home to two species that are both highly endangered and entirely unique to this small area. In general, Myola is an area of exceptional biodiversity and an important buffer zone for the World Heritage Wet Tropics.

Council refused conservationists permission to speak at the Council meeting. For months, Councillors have refused to engage with us about the Myola development on the grounds that the 'KUR-World' project has become a State matter. Now they have voted to assess an application for subdivision of the very same land under the old planning scheme. Legal or not, this is an appalling breach of process from the vast majority of Councillors . The decisions were not unanimous with at least one councillor, Lenore Wyatt, abstaining from voting on these motions. We thank Lenore for representing our community views.

Along with other conservationists, we shall seek legal advice with a view to overturning this appalling Council decision. We also believe the State Government has a clear responsibility to intervene and nix this backdoor subdivision scheme before it wastes any more of the community's time. Craig Crawford must now show he cares about this region’s environment- and stand up for due process and genuine integrated planning.

Premier gives Kuranda the thumbs up

The Premier got a roasting from many of us over the Adani mine at the Cairns Leagues Club in early July. However she showed genuine concern over the KUR-World proposal and expressed a personal affection for Kuranda. Most of our local Council may not appear to care about protecting Kuranda's environment but intelligent outsiders are often more sympathetic. 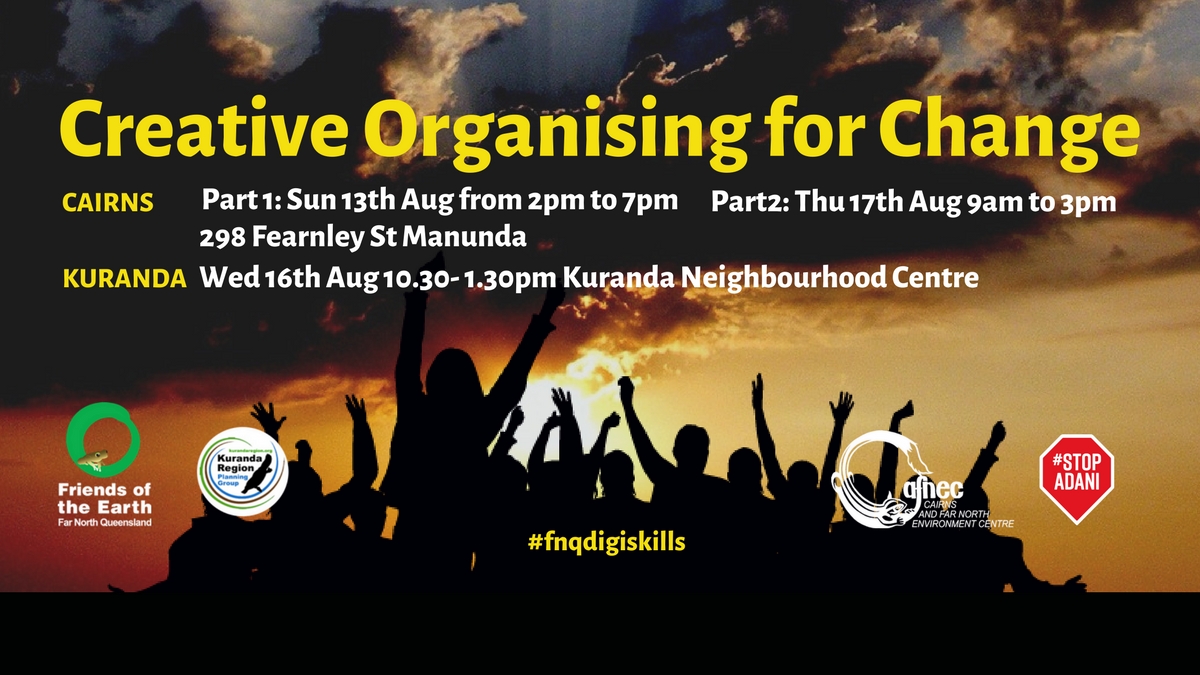