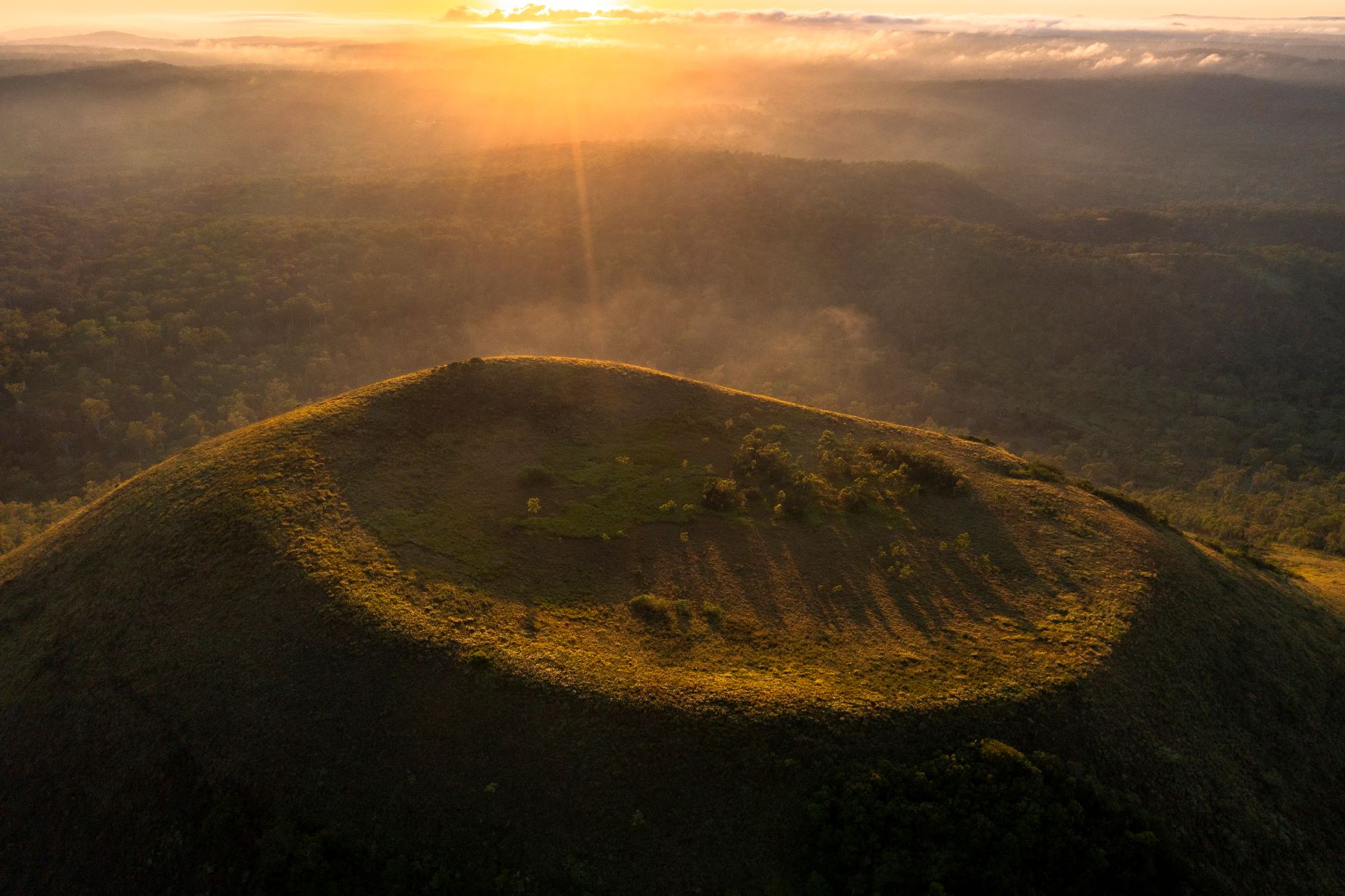 At the April FoE FNQ meeting, guest speaker Steven Nowakowski gave a very powerful and confronting talk about the threat that some industrial scale renewables pose to biodiversity. Steven emphasised the need for urgent action to stop burning fossil fuels and to mitigate climate change. However, he added: 'Should we be clearing forests to decarbonise?' (The World Heritage Listed Mount Fox volcanic crater west of Ingham shown in the photo, could soon be surrounded by up to 200 wind turbines. The forests would be carved up with 190km of new haulage roads up to 60m wide.)

3 renewable projects were outlined:
Kidson Pumped Hydro which is in progress and will lead to the clearing of 1,900 hectares of Themeda forest
the proposed Desaily Renewable Energy Park and
Upper Burdekin Wind Farm which is under EPBC referral

The proposed Desaily Renewable Energy Park is one of the 10 biggest upcoming renewable energy projects in Australia. It lies on the edge of Brooklyn Nature Refuge and the McLeod river 75km north west of Mareeba. Desaily would lead to 2,400 hectares of savannah woodland being cleared. Yet, according to Steven, Mareeba Shire council's CEO approved this project as code assessable. It was not even discussed in a council meeting.

The projects of concern hug the high voltage transmission line that runs along the western boundary of the Wet Tropic World Heritage area. Wind farms are usually planned for hills and ridges that are often the least disturbed habitat with most biodiversity and endemic species due to inaccessibility. These places are home to species that, with climate warming, have nowhere cooler to migrate. Some projects are on freehold land so Traditional Owners have no say.

The Upper Burdekin Wind farm west of Ingham would impact both on Aboriginal rock art and the endemic and rare Sharman's Rock-wallaby's habitat (Petrogale sharmani). This wallaby prefers the steep rocky slopes and cliffs that would be flattened to form bases for the 145 mega wind turbines planned. To get some idea of how large each of these turbines are, the blades would be 100m long, nearly twice as long as those at the Mount Emerald wind farm. The Upper Burdekin area has such high biodiversity that it was planned for purchase by the State government as a National park.

Steven proposed that a new transmission line be built further west. Phillip Musumeci, Greens Federal Candidate for Leichhardt added 'The renewable energy zone is relatively long which means it covers more types of ecology. These REZs should be more selective of the land that they traverse e.g. being located on cleared land such as degraded farmland or lower value ecosystems.' Greens Federal Candidate for Kennedy Jennifer Cox pointed out 'If we had an independent Environmental Protection agency and a National plan for Renewable Energy, we could make sure these types of projects avoid areas of high biodiversity'

Colin MacGregor, senior lecturer in Sustainability in JCU added, ‘Large power generation companies independently deciding what happens to our land is a social justice issue. Local Traditional Owners and communities should be invited and included in the decision-making.' A recording of Steven's talk is accessible on the FoE FNQ website.

This article first appeared in the May 2022 edition of the Kuranda Paper edition #342.