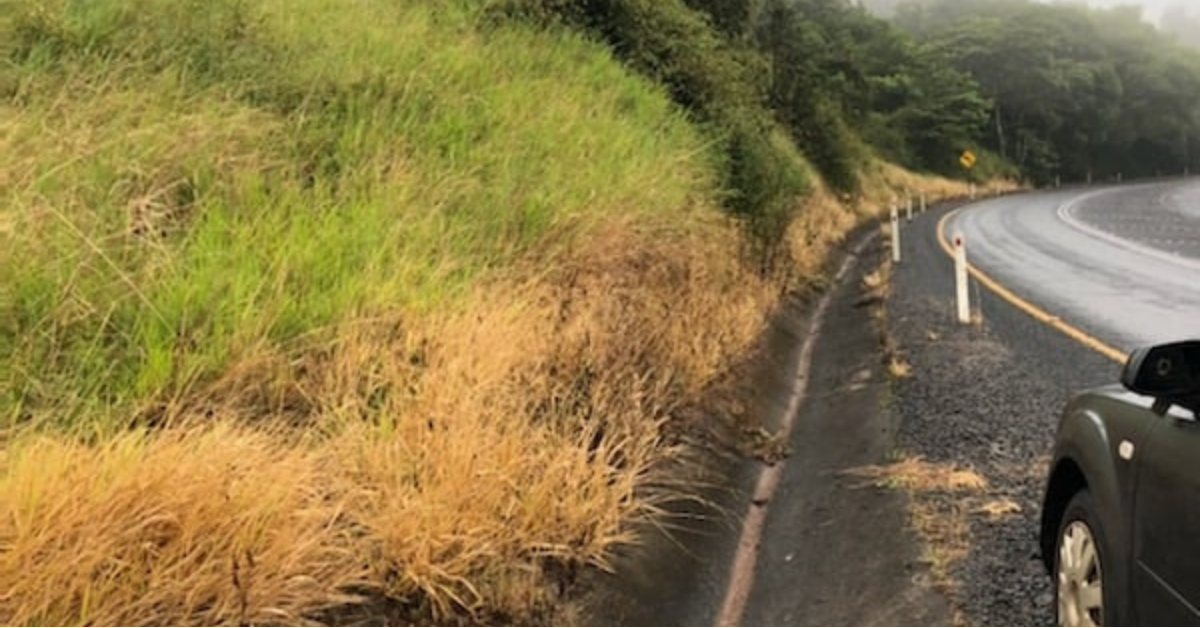 These articles were first published in The Kuranda Paper

A weedkiller banned overseas has been given the tick of approval by a state authority to be used across the World Heritage-listed wet tropics area in Far North Queensland.

The Wet Tropics Management Authority (WTMA), which manages the World Heritage-protected area, has confirmed it has issued permits to nine Far North Queensland councils to use Roundup and glyphosate to kill problem weeds.

Roundup is one of the world's most widely used weed killers. It contains glyphosate, which the International Agency for Research on Cancer (IARC) has classified as a probable carcinogen.

Several countries including Denmark, Belgium, France, Austria, Germany, and Italy have banned its use.

A spokesperson from the WTMA said the authority was working with councils across the Wet Tropics World Heritage Area to undertake maintenance activities on council-managed assets within and adjacent to the area, through the issuing of permits.

"These permits set conditions for the use of glyphosate-based herbicide where mechanical weed removal is impractical or uneconomical," the spokesperson said.

These councils can now use Roundup in the Wet Tropics area:

Kinan Lemberg is the spokesperson for Spray Free FNQ, a grassroots volunteer environmental group that has been campaigning for several years to have Roundup banned in Far North Queensland.

"We have a petition going on our website to put pressure on the councils to phase out the use of glyphosate in public areas and in environmentally sensitive areas," he said.

"Glyphosate is being used as the cheap and easy option by councils to control weeds."

Mr Lemberg said, due to the Far North being a high rainfall climate, he had concerns that the use of Roundup could also be affecting the Great Barrier Reef.

"It's a water-soluble product and lots of our creeks and waterways lead into the Great Barrier Reef," he said.

"This may not just be hurting the soil in the Wet Tropics area but also algae, seagrasses and the coral on the reef."

A spokesperson from the WTMA responded with: "Weedicides must be used selectively to avoid non-target plants. Surfactants must not be used in the vicinity of wetlands and waterways".

Mr Lemberg said RoundUp should not be used in a World Heritage-protected area.

"The World Heritage area is protected for a reason; we have the oldest rainforest on earth," he said.

"It's full of biodiversity and it's the last place that a chemical like glyphosate should be used.

"There are so many other options that they could be using, like shading, hand pulling, and steam weeding.

"Unemployed people could be given the job of working in a green army and they could be removing weeds in a much more sustainable manner."

Amanda Hook is a resident of Millstream and said she first noticed Roundup being used in the Wet Tropics area about four years ago.

"I was along the Captain Cook Highway to Port Douglas and saw it used extensively there," she said.

"I was concerned that it was used on the side of the road, all the World Heritage Zone, and right beside The Great Barrier Reef.

"I've seen them using Roundup and then it rained nonstop for two weeks.

"That runoff is now washing into the Mulgrave River and the Barron River and that feeds the Great Barrier Reef."

Ms Hook said she had made several official complaints to the WTMA and local councils – including Port Douglas, which has since moved to ban its use.

"I sent 40 photos to the WTMA in May of this year and their response was to say that councils can spray weeds in the Wet Topics with Roundup," she said.

"I then sent more photos to the WTMA of when council sprayed Little Millstream Creek, and they said that the photos would be shared with the conservation team and I never heard back from them."

In 2020, the Douglas Shire Council voted in favour of banning the use of glyphosate weedkillers in 133 popular areas across the shire, including playgrounds, areas near schools or childcare facilities, footpaths in the CBD and retail areas, and sensitive areas north of the Daintree River.

The shire's stance comes after tens of thousands of cases were lodged against the makers of glyphosate in the United States with several class actions claiming the weedkiller gave them cancer.

In Australia, a class action has been launched against Monsanto Australia by Carbone Lawyers with the law firm writing on its website it was "representing those who have suffered loss as a consequence of alleged exposure to Roundup and have contracted Non-Hodgkin Lymphoma".

A statement for the Wet Tropics Management Authority said:  "Any application of glyphosate-based herbicides can only be carried out by trained operators".

"Herbicides referenced in the Australian Pesticides and Veterinary Pest Medicines Authority permit may be used in accordance with their label instructions with the written permission of the authority," it said.

"Though there may be impacts associated with the use of herbicides, the proliferation of invasive weeds is often a far greater threat to the integrity of the Outstanding Universal Values of the World Heritage Area."

In April 2021, the Tablelands Regional Council (TRC) used glyphosate in the Wet Tropics Area of the Gillies Range to manage weeds on road shoulders.

A spokesperson from the TRC said: "We mostly use WeedMaster Duo, which is glyphosate-based, frog-friendly, and registered for use in aquatic environments".

"All the herbicides and pesticides we use are approved by the federal regulator, registered in Australia by the Australian Pesticides and Veterinary Medicines Authority and are considered safe when used as directed."

Lin Fritschi, a Curtin University epidemiologist with an interest in occupational causes of cancer and a member of the panel that reviewed glyphosate for the International Agency for Research on Cancer (IARC) in 2015, said a number of studies assessed that glyphosate was a probable carcinogen.

"It means that there is some evidence the glyphosate causes Non-Hodgkin Lymphoma, but the evidence wasn't consistent enough to say absolutely definitely it [glyphosate] is a carcinogen," Professor Fritschi said.

"We believe that if something causes cancer, we should reduce the risk of it.

"We recommend that people don't use glyphosate, there are lots of alternatives nowadays."

Professor Fritschi believed Australia should follow the lead of the European countries and ban the use of Roundup and glyphosate completely.

"I think at the very least we should be reducing our dependence on glyphosate and using it less than we are," she said.

"There are lots of reasons why those countries are reducing their use of glyphosate.

"In Australia, we are closing our mind that it may be a dangerous chemical."

To read the full statement from the Wet Tropics Management Authority click here.