The Flaw in the New White Paper for Developing Northern Australia

Tony Abbott and Leichhardt M.P Warren Entsch revealed their vision for Northern Australia for the next 15 years in their new newly released Northern Australia White Paper. The White Paper predicts that by then north Australia will have a population of 6 million and that the region will have new dams, new mines, new gas fields as well as becoming a food bowl for Asia supplied from new mega farms.

The bulldozing that has just begun of 32,000 hectares (320 sq km) of open forest at Olive Vale on Cape York, one of the last intact and most diverse natural places on Earth, using a pair of huge D11 bulldozers linked by a long chain, is part of this plan for what the Govt. says is ‘sustainable development and innovative new crops for the north’.

In the case of Olive Vale the crop is to be forage sorghum for cattle feed and in other areas it will be crops like sugar cane, stock fed and bio-mass. This clearing was approved recently in the dying days of the last Queensland LNP government and was made possible by weakened legislation designed to reduce red tape. The impact this clearing will have on wildlife would previously have meant the project was referred to the commonwealth under species protection laws, but it wasn’t.

Fortunately the bulldozing has been temporarily stopped at Olive Vale by the urging of Queensland Deputy Premier Jackie Trad, after 2500 hectares have been cleared, while the project is assessed under the Environmental Protection and Biodiversity Conservation Act. The reasons given are that Olive Vale is home to several rare, endangered and vulnerable species and because forage sorghum for cattle feed doesn’t qualify as being an innovative new crop. Also another problem with these new planned mega farms for Cape York is the Gulf of Carpentaria, the Great Barrier Reef and Cape York’s river systems may be severely damaged by the added sediment, nutrient and chemical, runoff that will be produced.

The recently released Queensland Auditor-General’s Report on the Great Barrier Reef says ‘efforts to repair Reef water quality are unlikely to be successful’ even after multimillion-dollar programs aimed at the preventing the World Heritage Committee listing the Great Barrier Reef as being ‘in danger’. The report also found ‘the grazing and cane industries voluntary and self-assessed schemes – introduced by the previous government to replace regulation – were not achieving changes needed to improve water quality’ and the government’s ‘water quality information lacked transparency and was misleading’.

Overall the Auditor-General’s report finds the current efforts to cut coral-killing run-off from land degradation and over-development have been largely ineffective. This conclusion means that the Govt has been trying to hide from the World Heritage Committee that the Great Barrier Reef really is ‘in danger’ – possibly to try and avoid the bad publicity that this would bring to Australia. This is confirmed by the latest studies showing that the Reef has lost half its coral cover in the last 30 years. 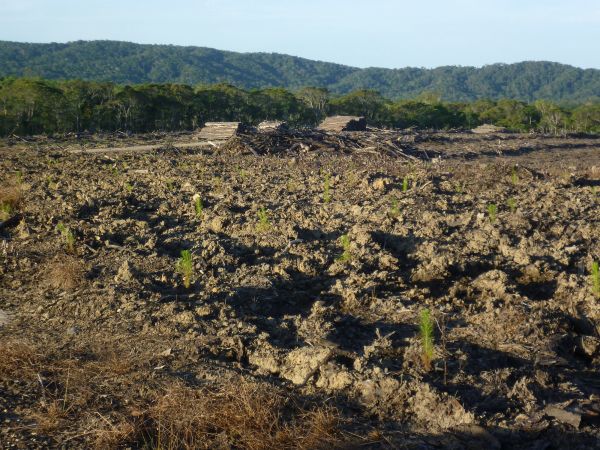 In another blow to the Govt’s plans for mega developments in the north The Centre of Excellence for Coral Reef Studies at James Cook University have released an initial study that not surprisingly found suspended sediment in turbid water damages fish gills, makes it hard for them to breathe and increases the rate of diseases in fish.

Another serious threat to the Reef is the tens of thousands of hectares of Timber Reserves along the North Queensland coast that were recently sold under a 99 year lease by the Bligh government to Hancock Queensland Plantations, managed by Hancock Timber Resource Group, the largest timber plantation company in the world, based in Boston USA,

These pine plantations are using helicopters to spray a mixture of glyphosate, fluroxypyr and various other chemicals at high quantities to kill weeds or regrowth of the native vegetation. Fluroxypyr is listed on the label as being highly toxic to freshwater fish and aquatic invertebrates and glyphosate has just been reclassified by the World Health Organisation a month ago as ‘probably carcinogenic to humans’

The reclassification of glyphosate by the WHO is of great concern to the hundreds of towns and communities that are close to agricultural areas such as Kuranda – where the chemical runoff from their pine plantations goes into the Barron River, which is used as the town’s water supply. Spray drift from aerial spraying is also seen as a problem with the close proximity of homes and Kuranda town centre, being just a few kilometres away.  The nature corridors that have been left inside the pine plantation along creeks and streams for the wildlife such as cassowaries are totally inadequate considering the aerial spraying. 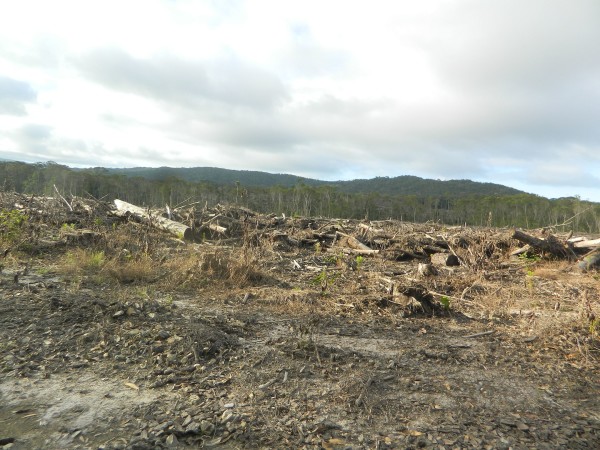 The selling of this plantation licence to Hancock Plantations without proper consultation was clearly ill advised as the government is now having to spend millions of dollars to try to implement ways to reduce the sediment and chemical runoff that is produced from this type of intensive agriculture that threatens waterways and the Reef. It is clearly time for an end to industrial pine plantations adjacent to the Wet Tropics World Heritage Area which changes diverse native forests into single species plantations – and especially if the wood is to be only used for woodchips.

A new study published in the journal Science Advances found we are currently witnessing the start of a mass extinction event the likes of which have not been seen on Earth for at least 65 million years. The research was designed to determine how human actions over the past 500 years have affected the extinction rates of vertebrates: mammals, fish, birds, reptiles and amphibians.

The fact that Australia is ranked as one of the worst countries in the world for species loss is another reason why the new Queensland government needs to quickly restore strong tree clearing controls as it promised to do and especially as land clearing has tripled in Queensland over the last three years with the approval of at least 1130 sq km of bushland for clearance and the removal of protection for another 7750 sq km of remnant native vegetation.

It is obvious that the government is trying to avoid facing the facts that it is not possible to have a healthy World Heritage Reef, coastal fisheries and tourism industry and at the same time have intensive chemical agriculture, mass land clearing, and mega mining developments in Reef catchments. The government is clearly in denial if they think that they can have both and they need to be honest about their intentions if they are secretly prepared to sacrifice the Great Barrier Reef to achieve their new vision for the intensive development of north Queensland.