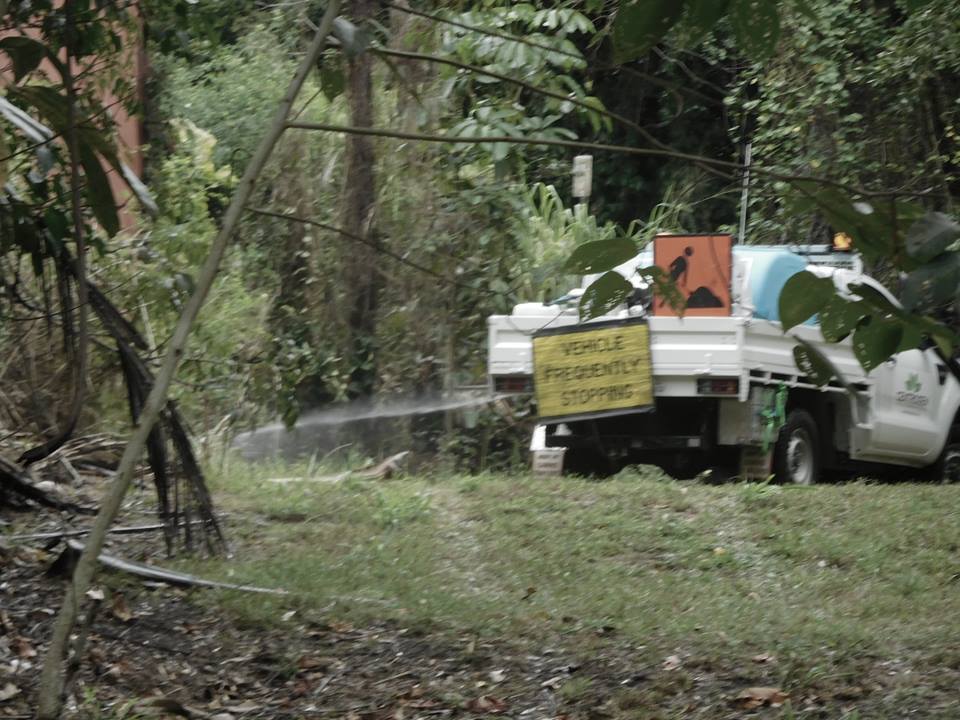 Our Kuranda property was recently sprayed with the herbicide Roundup by Council workers without our authorisation. Our property adjoins Jumrum Creek which ultimately flows to the Great Barrier Reef via the Barron River. Due to the ecological sensitivity of our property and region, we initiated a formal complaint through the Queensland Ombudsman. Mareeba Shire Council’s actions and subsequent dismissive response reveals a common belief that Roundup is innocuous. While this complacency has been fostered through decades of aggressive marketing by agrochemical company Monsanto, there is mounting research suggesting Roundup is toxic not only to the environment, but to human health.

In 2015, the International Agency for Research on Cancer classified Roundup’s declared principle ingredient ‘glyphosate’ as "probably carcinogenic to humans"[1]. The European Chemicals Agency has classified it “a substance causing serious eye damage and being toxic to aquatic life with long-lasting effects"[2]. After bitter division in 2017 the European Union approved a limited 5-year licence for glyphosate, with France declaring a ban within 3 years. Currently, more than 700 US farmers, landscapers & gardeners are involved in a lawsuit against Monsanto claiming that exposure to glyphosate caused their cancers.[3]