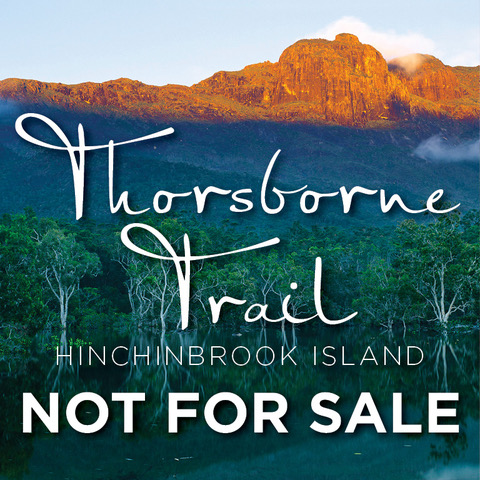 It is disappointing that Queensland Government has thrown several national parks up for development. These include Hinchinbrook, a stunning island off the coast near Cardwell. There is an isolated walking track running through its length- the Thorsborne trail. At present, to conserve it wildlife values, only 40 hikers are allowed on the island at any one time.

Plans to clear areas of forest for roads, bridges, luxury campsite, helipads and facilities exist according to staff at Kate Jones' office and the government are calling for expressions of interest for a tour company to run glamping holidays. Apparently no cap has been put on the number of tourists allowed in each group and no monitoring is planned of the ongoing operation of the development. It is probable that buildings and other supplies would need to be brought in by helicopter.

As Peter Ogilvie, president of the Wildlife Preservation Society of Queensland notes in his letter to the Minister for the Environment Leaane Enoch, 'these plans have nothing to do with the primary purpose for establishing national parks, namely the protection of our native animals and plants, landscapes and cultural resources.'

Taxpayers bill of $1.3m for Hinchinbrook resort clean -up

On its northern end, an old resort stands as a derelict eyesore and reminder of how successful- or otherwise- private enterprise has been on Hinchinbrook Island. The now abandoned Cape Richards resort was badly damaged in cyclone Yasi and its leaseholder refused to pay to clear up the mess.

“ Cape Richards is an example of how private term leases go wrong in National Parks” said Bill Sokolich, Kuranda local and Hinchinbrook campaigner. “It seemed to be incredibly hard for the government to revoke the lease and clean it up after it was abandoned.

“Term leases also run counter to the most basic tenant of National Parks : they are there for nature conservation in perpetuity and not to be privatised for personal gain."