Reduce Reuse Recycle - Mareeba Shire: A group formed to lobby for a recycling collection in the Mareeba Shire. We share ideas on how to reduce and reuse as well as how to promote recycling in the community. 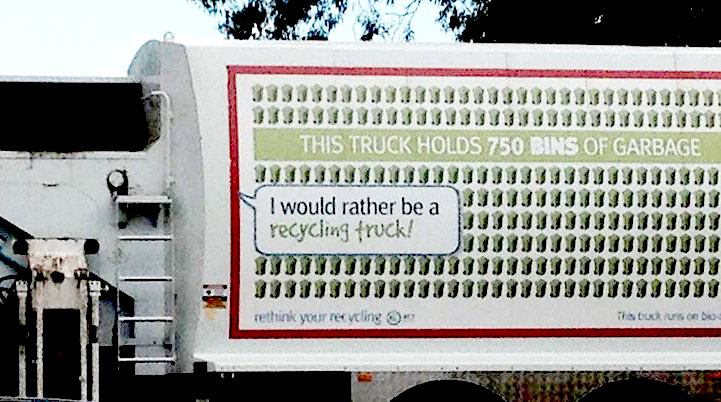 This truck holds 750 Bins of Garbage and proudly declares that it would rather be a recycling Truck. Canberra

We want to see a kerbside recycling collection and/or drop off points, so that everybody has easy access to recycling.

800+ people, mostly from Mareeba, Kuranda, Speewah and Bibhoora signed the petition that was presented to the Mareeba Shire Council asking for a kerbside recycling collection.

This group maintains that this survey is not an indication of the opinion of the population on the topic of the petition and that I collection for all who currently get a garbage collection would encourage many more residents to recycle, making it a viable option.

Unfortunately the Council responded by announcing that they had already decided that a collection for all would not be financially viable, and they sent out a survey asking ratepayers, if they wanted an optional user-pays collection. The response was poor.

Currently recyclables are trucked through the Range to the ARRT facility in Cairns with general rubbish. They go through a composting process before being trucked back again to Landfill on the Tablelands. We maintain that the recyclables should be taken to the ARF for recycling, not trucked back up to Landfill.

We accept that their may be more viable options, such as local recycling collection points. One has been established in Kuranda. We would like to see stations in Mareeba and other towns.

Collect your own recycling and take it to the Transfer Station 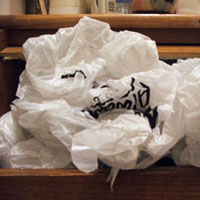 We support campaigns that help the wider community to reduce their consumption of non renewable resources such as Ban the Bag. 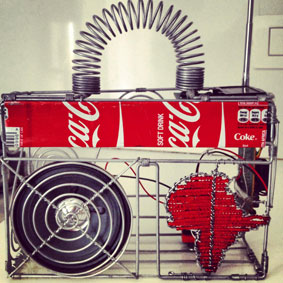 Share lots of creative ways to reuse items to keep them out of landfill and reduce the need to manufacture more. 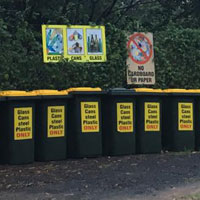 We thank the Mareeba Shire Council for setting up this neighbourhood Recycling Station in Kuranda. It was partly in response to our Campaign for a Kerbside Recycling Collection.

At first 9 bins were supplied, this was quickly increased to 18. Thanks to the residents who immediately took the opportunity.

We would like to see the the Council setting up drop off points in Mareeba and other centres as well.

This seems like a practical solution for smaller communities.

We were very pleased to hear the announcement that the Container Deposit Scheme will be implemented in July 2018 and that there was a survey as to how people want it to be implemented. 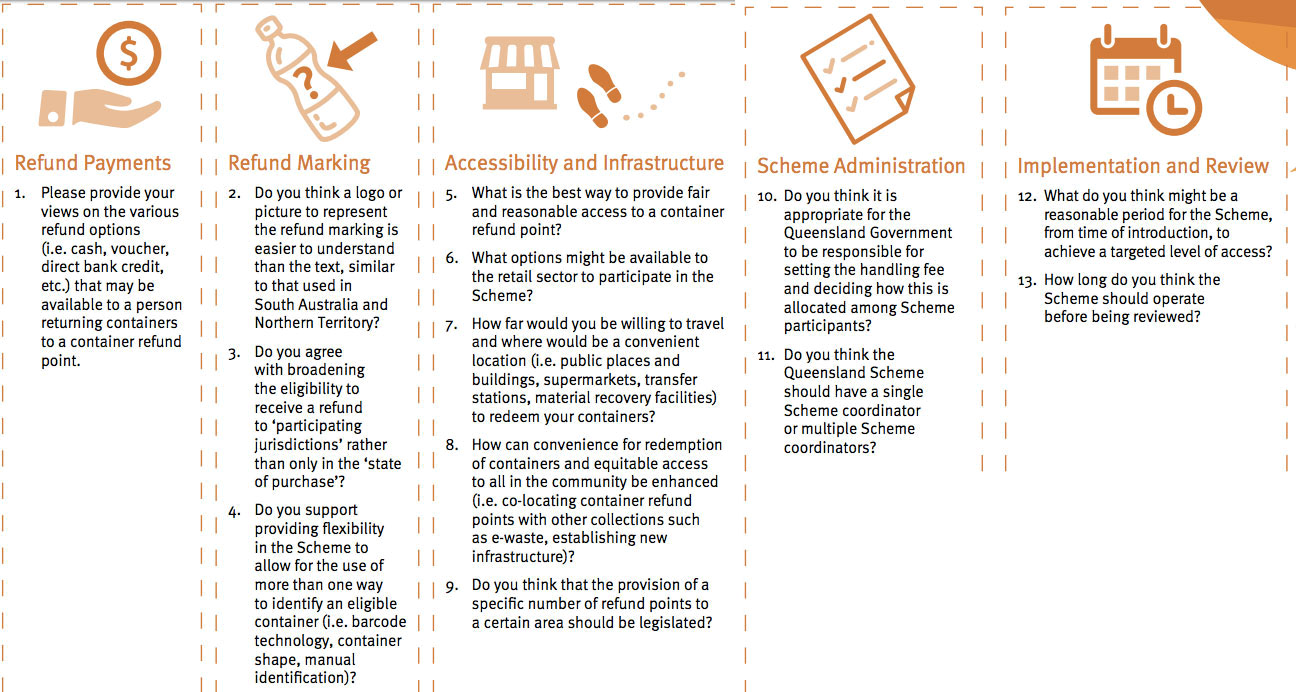