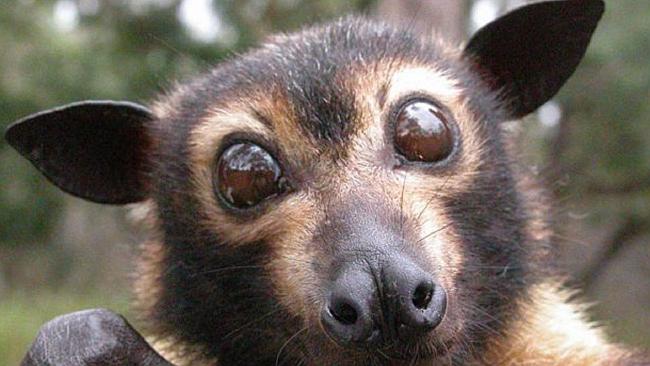 Please DONATE to purchase much-needed anti-toxin and to help care for the babies while the parents recover.

From September to January during the birthing seaon sometimes Flying Fox babies can be found on the ground or hanging low in or near their colonies for differnt reasons!

* Birthing season coinsides with paralysis tick season, with the Tablelands being a hotspot! With habitat loss the bats are forced to feed too low, eg they eat the wild tobacco berry, a noxious weed, where they can pick up ticks. They have no immunity, get paralized and could be found on the ground with a baby attached. Often only the baby can be saved and handraised.

* Mangos and lychees are in season and make an easy meal for a hungry bat. Unfortunately farmers are still shoot protected Flyng Foxes, babies to heavy to fly with are left in creche trees overnight, will become orphans when their mothers can't return and fall starving to the ground.

* Powerlines, barbed wire and car strikes can cause death to the mothers as well as starvation and stress due to the loss of habitat!

* A big concern this season are many dead premature babies, and babies found with a cleft palete! Last year deformed babies were found as well!  Could the mothers have been exposed to poison like areal spraying of fruit near their colonies during her pregnancy?  It's is a big question!

This is not just a concern for the Flying Foxes, this should be a warning for us as well as we live in the same area and eat some of the same local fruit!

Please don't pick up an orphaned, sick or injured Flying Fox but call your nearest Bat-hospital or Wildlife Rescue to assist!