A new report by WWF scientist Martin Taylor has found that the relaxation of vegetation clearing laws has led to many farmers doing panic clearing in Great Barrier Reef catchments after the Labor Party said that they would reverse the clearing laws if they won the election. Clearing had more than tripled from 78,000ha a year in 2009-10 to 280,000ha in 2013-14 with some of the clearing on Cape York threatening, with coral-killing sediment run-off, the last major section of the inshore Reef deemed to be in ­excellent condition. 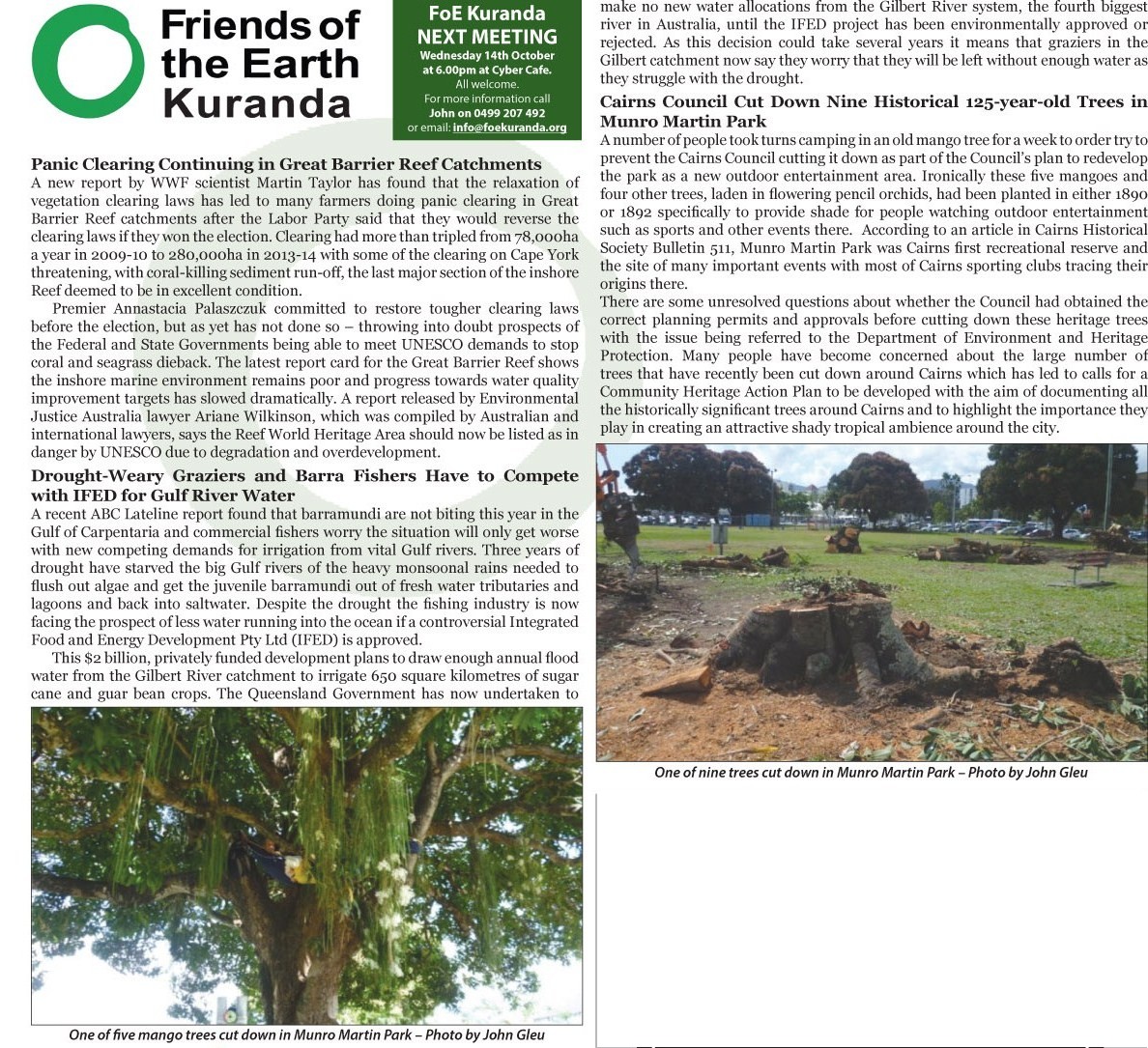 Premier Annastacia Palaszc­zuk committed to restore tougher clearing laws before the election, but as yet has not done so – throwing into doubt prospects of the Federal and State Governments being able to meet UNESCO demands to stop coral and seagrass dieback. The latest report card for the Great Barrier Reef shows the inshore marine environment remains poor and progress towards water quality improvement targets has slowed dramatically. A report released by Environmental Justice Australia lawyer Ariane Wilkinson, which was compiled by Australian and international lawyers, says the Reef World Heritage Area should now be listed as in danger by UNESCO due to degradation and overdevelopment.

A recent ABC Lateline report found that barramundi are not biting this year in the Gulf of Carpentaria and commercial fishers worry the situation will only get worse with new competing demands for irrigation from vital Gulf rivers. Three years of drought have starved the big Gulf rivers of the heavy monsoonal rains needed to flush out algae and get the juvenile barramundi out of fresh water tributaries and lagoons and back into saltwater. Despite the drought the fishing industry is now facing the prospect of less water running into the ocean if a controversial Integrated Food and Energy Development Pty Ltd (IFED) is approved.

This $2 billion, privately funded development plans to draw enough annual flood water from the Gilbert River catchment to irrigate 650 square kilometres of sugar cane and guar bean crops. The Queensland Government has now undertaken to make no new water allocations from the Gilbert River system, the fourth biggest river in Australia, until the IFED project has been environmentally approved or rejected. As this decision could take several years it means that graziers in the Gilbert catchment now say they worry that they will be left without enough water as they struggle with the drought. 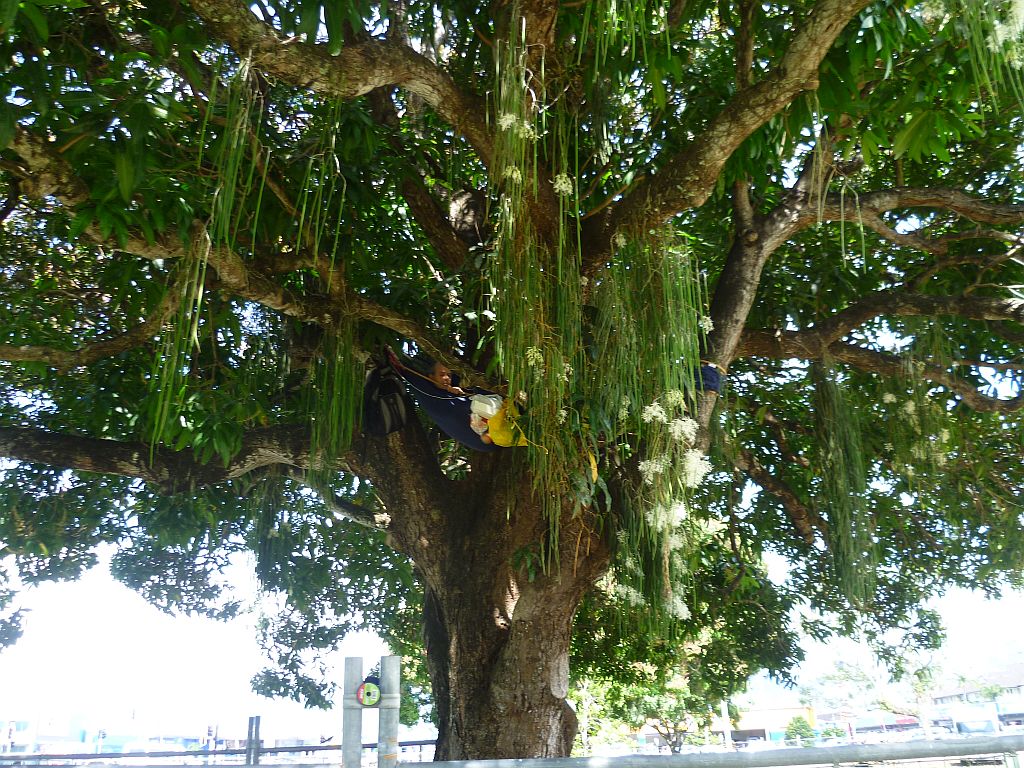 A number of people took turns camping in an old mango tree for a week to order try to prevent the Cairns Council cutting it down as part of the Council’s plan to redevelop the park as a new outdoor entertainment area. Ironically these five mangoes and four other trees, laden in flowering pencil orchids, had been planted in either 1890 or 1892 specifically to provide shade for people watching outdoor entertainment such as sports and other events there.  According to an article in Cairns Historical Society Bulletin 511 – Munro Martin Park was Cairns first recreational reserve and the site of many important events with most of Cairns sporting clubs tracing their origins there.

There are some unresolved questions about whether the Council had obtained the correct planning permits and approvals before cutting down these heritage trees with the issue being referred to the Department of Environment and Heritage Protection. Many people have become concerned about the large number of trees that have recently been cut down around Cairns which has led to calls for a Community Heritage Action Plan to be developed with the aim of documenting all the historically significant trees around Cairns and to highlight the importance they play in creating an attractive shady tropical ambience around the city.