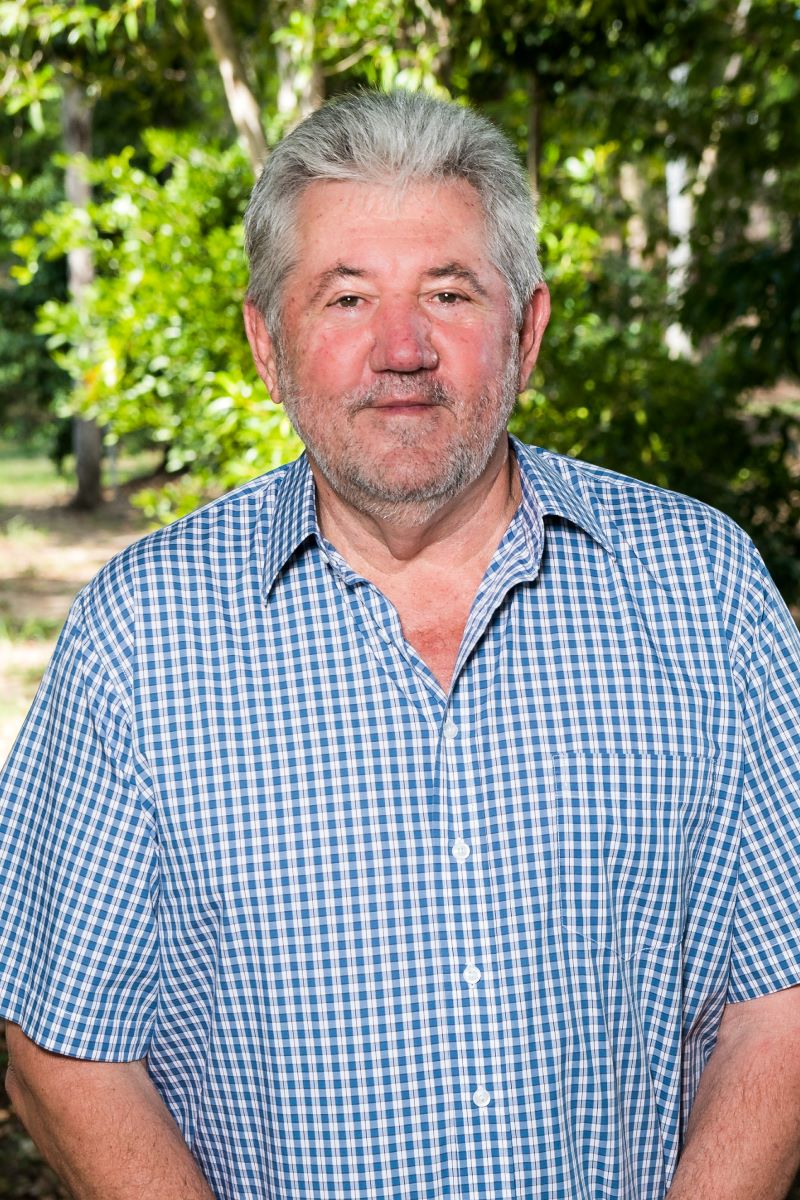 Mario Mlikota is standing as part of Nipper Brown's team “Our Team 4 Your Shire”. This comprises Nipper Brown as Mayor, Mary Graham and Kevin Davies as current Councillors and other newcomer Mladen Bosnic.

Mario sent us the biography below and Our team 4 Your Shire have responded to the community questionnaire.

'Mario Mlikota, born in Croatia and raised in Dimbulah on a tobacco farm, has spent most of his working life in Mareeba and prides himself on making positive contributions to his community. Educated at Dimbulah and St Augustine’s Mario then went on to complete a Bachelor of Education degree.

Being an educator for more than three decades Mario has taught throughout the state before taking on the role of HOD Social Sciences at Mareeba State High School in 1987. Being culturally aware and showing respect for diversity are essential traits necessary in the teaching profession. He prides himself on possessing these traits and being a mentor and role model to generations of Far North Queenslanders.

Mario has strong ties with the community and lives in Mareeba with his wife Elisa. Their three children were raised and schooled in Mareeba and have progressed successfully in their lives through their chosen careers.

Over the years he has been involved with a number of local organisations such as the Mareeba & Memorial Bowls Club, Mareeba Rugby League Club and Mareeba Golf Club. Mario has contributed many hours to successfully coaching Athletics and School Boys Rugby League.

Since his retirement as an educator, Mario has taken on several roles including within the University sector and the Criminal Justice System from which he has gained not only additional life skills but further valuable insights into the community.

Wanting to continue to positively serve his community Mario has decided to nominate for a Councillor position with Mareeba Shire Council at the 2020 Local Government Elections.

People may ask what he will deliver as a Councillor. In addition to assuring voters that he won’t make promises he can’t deliver on Mario brings a strong work ethic, transparency, honesty and integrity. He is prepared to listen and act upon the concerns of his constituents for a positive outcome which will benefit our community.

Although Mario has been a team player in a number of sports over the years he is not afraid of being an individual and having an independent view. He will not simply pay lip service to issues raised but be proactive rather than reactive in assisting our Shire moving forward. Council needs to be accessible and engaged with all communities in our vast Shire. If change is to occur it needs to be beneficial to the community at large.

It is Mario’s passion for the Shire which is the driving force behind his intent to nominate for Councillor. He wishes to have a positive role in helping our Shire to move forward. Maintaining financial stability and current Council service levels, addressing the needs of our business community and assisting local industries should be a strong focus for the Council. Mario understands that there also needs to be a balance between the environment and development so that our Shire continues to be the best region to live, work and play in.'