The clearing of 32,000 hectares (330sq km) of World Heritage quality bushland has begun on Olive Vale on Cape York, one of the last intact and most diverse natural places on Earth. The clearing was approved recently in the dying days of the LNP government and was made possible by weakened legislation. The razing of the Olive Vale bushland would put 17 threatened species at risk and increase runoff and pollution into Great Barrier. The impact on wildlife should have meant the project was referred to the commonwealth under species protection laws, but it wasn’t.

Land clearing has tripled in Queensland over the last three years with the approval of at least 1130 sq km of bushland for clearance and the removal of protection for another 7750 sq km of remnant native vegetation. This means that Queensland will once again be the land clearing capital of Australia.

The theme for this year is understanding that the well-being of humanity, the environment and economies ultimately depends on the responsible management of the planet’s natural resources as people are continuing to consume far more natural resources than  the planet can sustainably provide.  By 2050, when the world’s population is expected to reach 9.6 billion, we will need to have the equivalent of three planets to sustain our way of life. Living within the planets limits is clearly going to be necessary to ensure a healthy and secure future.

At one event on the day people will be protesting to the Cairns Council about the recent felling of thirty historic 125 year old mango and fig trees in the CBD and also hundreds of letters and petition signatures will be presented to the Council asking it to declare the Cairns region to be coal seam gas free – as Cook Shire and Douglas Shire have done already.

Dayne Pratzky loved the quiet life on his rural block in central Queensland until the coal seam gas company arrived. Legally he couldn’t stop them mining his land, but that didn’t mean he wouldn’t fight and so began a David and Goliath battle against a $200 Billion industry. Along the way he found love, tragedy and triumph.  This important documentary looks at what is becoming one of the largest social movements in Australia, which brings together all different types of people working together to try to prevent an environmental disaster from unfolding across the country. 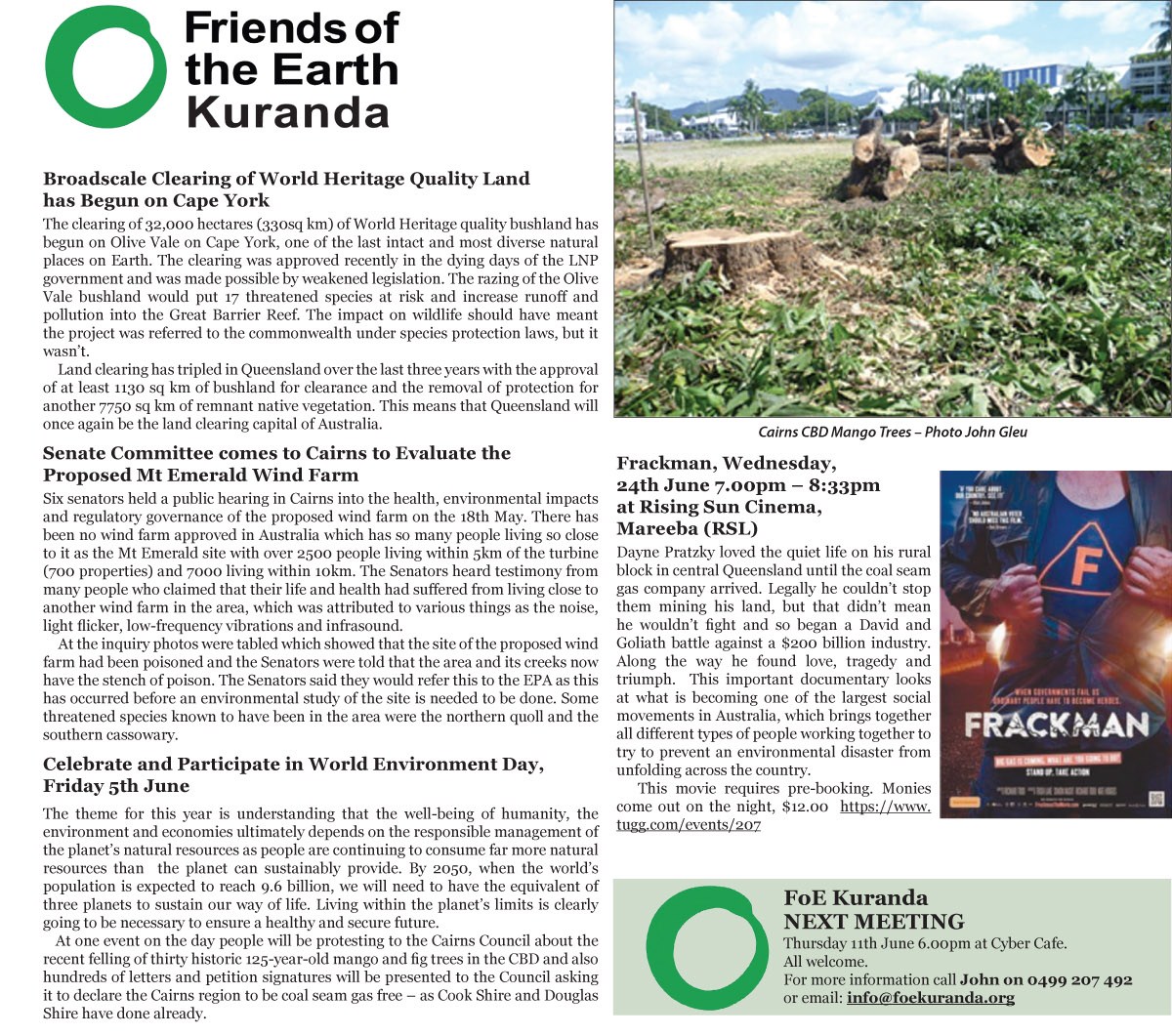