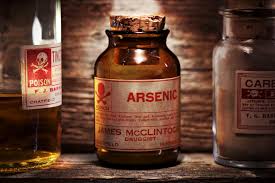 Access to clean water has been said to become human's biggest challenge.

Living in the Wet Tropics we might think that won't apply to us.

Testing Bores
High rainfall and clear running creeks give us a false sense of security. For a number of years Friends of the Earth FNQ has questioned how council can guarantee that both Mareeba and Kuranda town water drawn from the Barron River is guaranteed safe at all times. The Barron River is a drain for agricultural toxins for example. The very limited testing for contaminants is no indicator for the quality of the water. Herbicides found in the Barron water for example are not included in Council test suites.

The same principle of inadequate testing applies to bores. If you don't have a comprehensive bore analysis done you can't be sure the water is drinkable. This has just been confirmed in the Koah area where a community project tested bores for heavy metals. Bores in rural residential subdivisions, that have been deemed potable [safe to drink] by Council, developers or real estate agents only had very basic testing done. The tests didn't include E.coli, heavy metals or pesticides despite being located in a farming area.

The heavy metal test is now revealing a widespread presence of arsenic in bore water. Levels ranging from high to too high according to the Australian drinking water guideline.

Arsenic seems to rear its head all over the shire with Chillagoe's untreated town water drawn from bores exceeding criteria five times out of six.

Last December a heavy metal test of the beautiful Clohesy River also revealed elevated levels of arsenic, cadmium and lead. If this leaves you stumped, you might think rainwater is the solution. But before you go along that avenue make sure you have a very hygienic system to avoid Giardia Cryptosporidium, Leptospirosis and E.coli. Also bare in mind that rainwater does very little to replenish your body with minerals that are often depleted by the tropical climate.

So in view of all the above, it's time to clean up our act and look after our water. And recognise the limitations of what we have now-and find out how to filter out what we don't want to drink.